Following the publication of “Only Silence Is Shame” in the Italian American in 1997, Massachusetts State Court Judge, Peter W. Agnes Jr., invited me to participate in a conference that he was organizing about Sacco and Vanzetti in Cambridge. Judge Agnes was the chairman of the Board of the Dante Alighieri Society of Massachusetts. He had worked in the administration of Governor Michael Dukakis.

Judge Agnes brought to the task a deep passion and knowledge about the insidious harm of unfairness and injustice. His stature and thoughtfulness allowed him to bring together individuals who had thought and written-and portrayed-the deeper legal, cultural, and social meaning of the story.

Judge Agnes also brought to the podium Governor Dukakis, who has a special place in the lives of Sacco and Vanzetti and their families. A copy of the program can be downloaded below. My own responsibility was to present a paper titled “Sacco and Vanzetti: The Literary and Cultural Effects of the Controversy for Their Lives.” 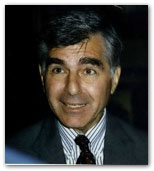 Judge Agnes understood the disquieting political anger that had surrounded Governor Dukakis’s 1977 Proclamation. That anger still existed in 1997. Despite the passage of seventy years since the execution, the intolerance that had tempered the history of the fight for the lives of Sacco and Vanzetti still resonated. On the night of the conference, the Cambridge police felt the need for a visible presence outside the Society’s Hall.

Two days later, on August 23, 1997, Mayor Thomas Menino and Governor Paul Cellucci formally accepted the thrice rejected Gutzon Borglum plaque of Sacco and Vanzetti. The Boston Herald criticized both officials because “it is not at all clear that the trial … was unfair. Gov. Alvin Fuller’s special review commission upheld it.” Other elected officials in Boston added their own criticism. Mayor Menino and Governor Cellucci held firm.