The Seventy-Fifth Anniversary of the Execution of Sacco and Vanzetti 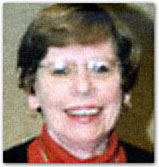 In January 2000, a meeting was held in the New Haven office of Congresswoman Rosa DeLauro that included Mayor John DeStefano. Members of the arts community of New Haven were present, including Frances Bitsie Clark, the director of the Arts Council of Greater New Haven. She agreed to provide an “umbrella” under which we could organize, including meeting space when necessary.

The mayor offered to provide the support of Barbara Lamb, the director of the Office of Cultural Affairs. I became the chair of the City of New Haven’s Committee for the Commemoration of the Seventy-Fifth Anniversary of the Execution of Sacco and Vanzetti. The commemoration would include events throughout all of 2002. Meetings-which expanded in membership and new ideas-began immediately.

Included in this site are as many of the brochures, pamphlets, and excerpts from reportage that I could locate and properly reproduce. The year-long commemoration began in January with an opening ceremony and a display at the New Haven Public Library (guided by librarian Marianne Carolla) of books, photographs, old news articles, and some artifacts borrowed from the Boston Public Library. 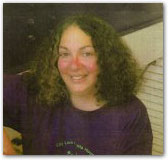 In March, the event featured “Outcry for Justice,” a performance of readings, music, and poetry-some newly created-that was held at the New Haven Colony Historical Society and had been organized by poet and activist Paula Panzarella (with the logistical support of the Historical Society’s director Peter LaMonthe).

In between, there was a concert version of the adaptation of the Dutch musical drama, renamed, The American Dream: The Story of Sacco and Vanzetti. It was presented at the Shubert Theater on April 20, 2002. The adaptation is described in more detail in the attached PDF below.

Earlier that same day, April 20, 2002, Dr. Frank D’Alessandro presented a talk and slide show related to his book titled The Verdict of History: Sacco and Vanzetti, as part of the Library exhibition. The New Haven Folk Alliance (under James Van Pelt) presented a concert in May, “Remembering Sacco and Vanzetti,” which was performed by the specially gifted folk artists Charlie King and Karen Brandow.

The 1970 movie, Sacco and Vanzetti, was shown on the New Haven Green on an early August evening. The showing and a subsequent discussion were sponsored by Film Fest New Haven.

A new song about Sacco and Vanzetti by Patsy O’Brien, “Rise and Unite” (which tied with “The Red Flag” by Alison Greenberg), was premiered as part of a contest sponsored by the Office of Cultural Affairs and the New Haven Folk Alliance. The premiere occurred in September as part of the Eli Whitney Folk Festival.

A symposium on “The Death Penalty: The Sacco and Vanzetti Legacy” was held at Southern Connecticut State University in October. The death penalty symposium was organized by lawyer and activist Kica Matos, executive director of the Junta for Progressive Action (with the support of President Michael Adanti and of Patrick Dilger and Betsy Beacom from Southern Connecticut). The keynote speaker was Governor Michael Dukakis.

The commemoration ended with an October through December exhibition at the Yale University Art Gallery that featured the works of Ben Shahn (organized by Robin Jaffe Frank, associate curator, with the support of Jock Reynolds, the Gallery’s curator). The exhibition also included a talk and a question-and-answer colloquy among the audience, writer and teacher Patricia Klindienst, and me.

The American Dream: The Story of Sacco and Vanzetti

It was my intention from the outset of my thinking about the New Haven Commemoration to include in a single performance-in some format-the musical that had originated in Belgium. I wanted to hold it at the Shubert Theater in New Haven.

The Dutch composer, Dirk Brosse, and the writer, Frank Van Laecke, were both supportive. Tony Giordano, an experienced New York-based director, agreed to review the story line and the music and to direct the production. The Orchestra of New England would provide the orchestral accompaniment.

In a relatively brief time, Tony Giordano and I agreed that the story line needed substantial revision for an American audience. Rosina Sacco would be central to the story and would lead the narrative. Less of the trial would be involved.

There would be more insight into the character of Sacco and Vanzetti and more of a visual portrayal of the enduring human drama that tempered the story. Aspects of the story also were added or modified to include moments and references (for example, to Michael Angelo Musmanno and Elizabeth Glendower Evans) that are familiar to the American experience.

Dirk Brosse’s exquisite music-modified only in its sequence and with an occasional replication-remained unaltered. The format for the one-night performance at the Shubert was an expanded concert version-that is, some modest staging, positioning, and movement of the actor-singers.

Tony Giordano hired and rehearsed the actors, including their having the benefit of a workshop supported by the Lark Theater in New York. The chorus, as used in the original Belgium production, was provided by the New Haven Chorale. The Orchestra of New England, directed by Eugene Gwozdz of New York, also was on stage. DOWNLOAD music below

In the summer of 2000, as planning for the commemoration proceeded, I visited Villafalletto and Torremaggiore. They are the towns in Italy in which Vanzetti and Sacco, respectively, were born. One consequence of that visit was the publication of an article that I wrote for the Italian America in December 2000.