“Neil Proto has captured, eloquently and with an engaging narrative, Liliuokalani’s courage, intellect, and political sophistication in the nation’s capital. She fought for her people with aplomb and an unyielding determination against forces that were ugly and powerful and with a moral imperative and engrained dignity rarely witnessed. The Rights of My People gives us – especially women in public life – an enduring model to be studied and emulated in law, culture, and in informed perseverance.”
Honorable Rosa DeLauro
Member of Congress (Connecticut)

“The Rights of my People is must reading for anyone who has an interest in Native American rights. It provides the reader with a clear and critical analysis of the relationship between the Hawaiian Natives and the United States government. It presents the required historical perspective in understanding how the United States government by using its political and legal opposition defeated the Native Hawaiian rights to their lands. This book clearly should be read by all citizens with an interest in providing equitable justice to our Native Americans.”
Honorable Arthur J. Gajarsa, Judge
United States Federal Circuit Court of Appeals

“Exhaustively researched, written with grace and empathy. Professor Proto’s account of Liliuokalani’s life-long resistance to the United States’ occupation of her homeland and her thoughtfully-fought, persistent battle to invoke law and justice to right the wrongs inflicted on her people is an indelible portrait of a woman consecrated to end injustice – a Civil Rights heroine if there ever was one.”
Professor Henry McGee
Seattle University School of Law

“An essential read for all Americans to understand the discomfort, historically and into this century, that still tempers Hawaii’s relationship with Washington, D.C. Neil Proto captures accurately and with compelling prose the disquieting religious and financial motivation of the missionary-planters and its coalescence with the institutional and strategic needs of the United States Navy to rectify the failures of the Civil War and to project its presence further across the Pacific. Brace yourself: Proto is a sophisticated thinker and writer, able to integrate history and culture and personalities with a unique literary skill. Savor history written this way.”
Rear Admiral Stuart Franklin Platt
United States Navy, Ret.

“Neil Proto shares a crucial and humbling history of the United States. None of our states encompass the discomforting, at times repulsive description of how Hawaii came to be the 50th to join the union. The Rights of My People should be read by all social studies classes, members of congress, and by every tourist from the continent bound for Hawaii’s pristine beaches. Be informed. The beauty of the Hawaiian culture and the brutality of US politics in the nation’s capital are the background for one woman’s graceful fight from the Pacific to the Atlantic to preserve her people’s culture and the holiness of the land they embrace as home.”
Dessa Dal Porto, BA/BS
Washington State University (2003); Trinity College, Oxford University (2006); MPP, Georgetown University (2006); Director of Operations, Ashoka’s Changemakers(Washington,D.C.) 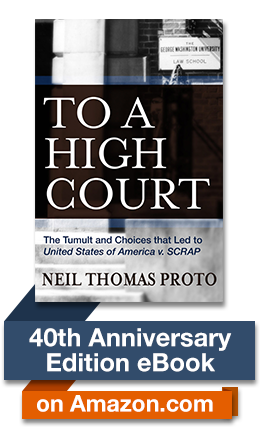